After 15 years at Nexus, Terri Thao reflects on career, communities, and change. This profile is part of Nexus 15th Anniversary series. Look out for more pieces journaling our evolution as an organization.

The white walls are lined with vibrant photos of her children, community elders, and moments in social movements and protests, such as the Black woman being detained during the Alton Sterling protests in Baton Rouge, LA. Pinned on a corkboard is a large button that reads, “I am making St. Paul better,” and Terri is doing just that.

For Nexus Community Partners’ 15th anniversary, I was able to have a conversation with Terri Thao, the Program Director of Boards and Commissions Leadership Institute (BCLI) and someone who has been with Nexus since it’s beginnings.

In our hour long conversation, we discussed Nexus’ origin story, community advocacy and sharing power, and Terri’s plans for the next 15 years.

The beginning: from Payne-Lake to Nexus

For Terri’s first two years, the organization was known as Payne-Lake Community Partners.

“So it’s 2002 and I graduate with my Master’s degree from Humphrey, and the job market is crappy. I saw a job opening at Wilder for a Program Associate with Payne-Lake Community Partners. I applied and I was the second employee to join after our executive director.”

Payne-Lake Community Partners was created out of a national project to address the gaps between BIPOC (Black, Indigenous, People of Color) and White residents in four cities: Baltimore, Chicago, Miami, and the
Twin Cities. While addressing the gaps, Payne-Lake staff realized they had to expand beyond the Payne and Lake communities.

“This was work I had been doing all along, while growing up, but we were asked to do work that was beyond the city limits. We realized the key word in our name was community. The people in the communities are the key because we could find 19 organizations that fund housing, but those 19 organizations were not funding people and families,” she said.

Understanding the need to support people and families outside of the Twin Cities, Payne-Lake Community Partners became Nexus Community Partners in 2010. After discussing the name change, Terri began to recount her title changes while at Nexus.

“I started as the program associate and I basically did everything the ED didn’t do,” Terri said. “It was just two people then and it was really quiet. Then in 2008, I became a program officer, where I had a 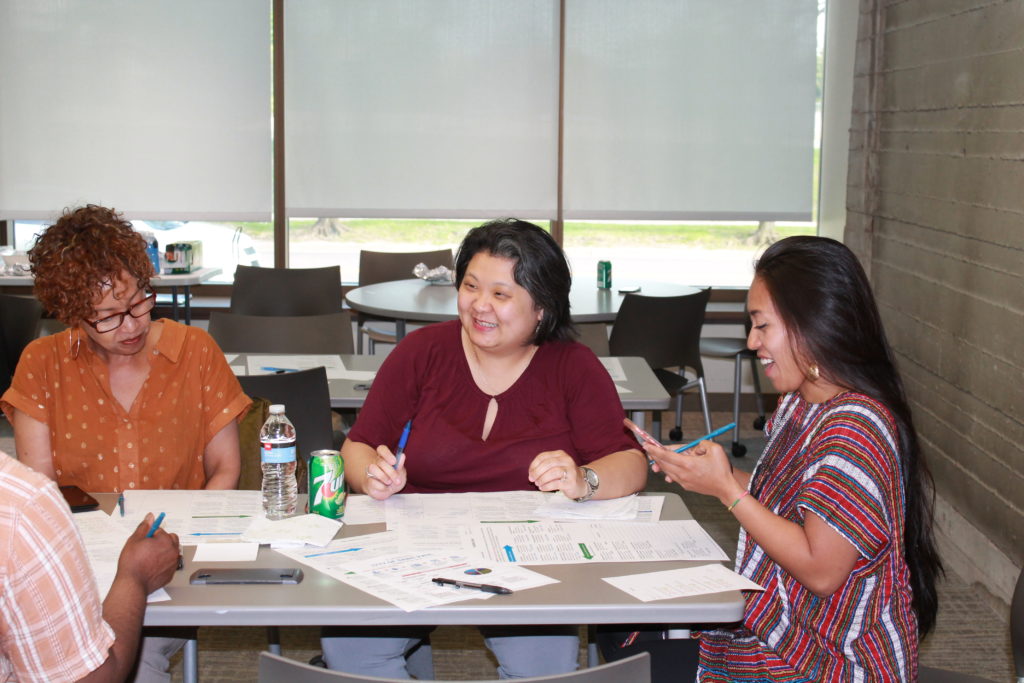 portfolio of grants and initiatives. We also hired Rachel, who was an admin person, and Theresa [Gardella, Vice President of Programs and Operations]. Theresa started the week I was going on maternity leave and it was basically, ‘here’s this and this and bye’,” she said laughing.

With the addition of more staff, that brought the total to four; however, Terri did not adjust to the changes easily.

“Learning to grow was hard for me and I’ve had a professional evolution at Nexus. In 2011, I became the Program Director of BCLI. By then the staff size grew a little more, then it was 8, and now we’re 16 and I’m amazed at all of the growth.” 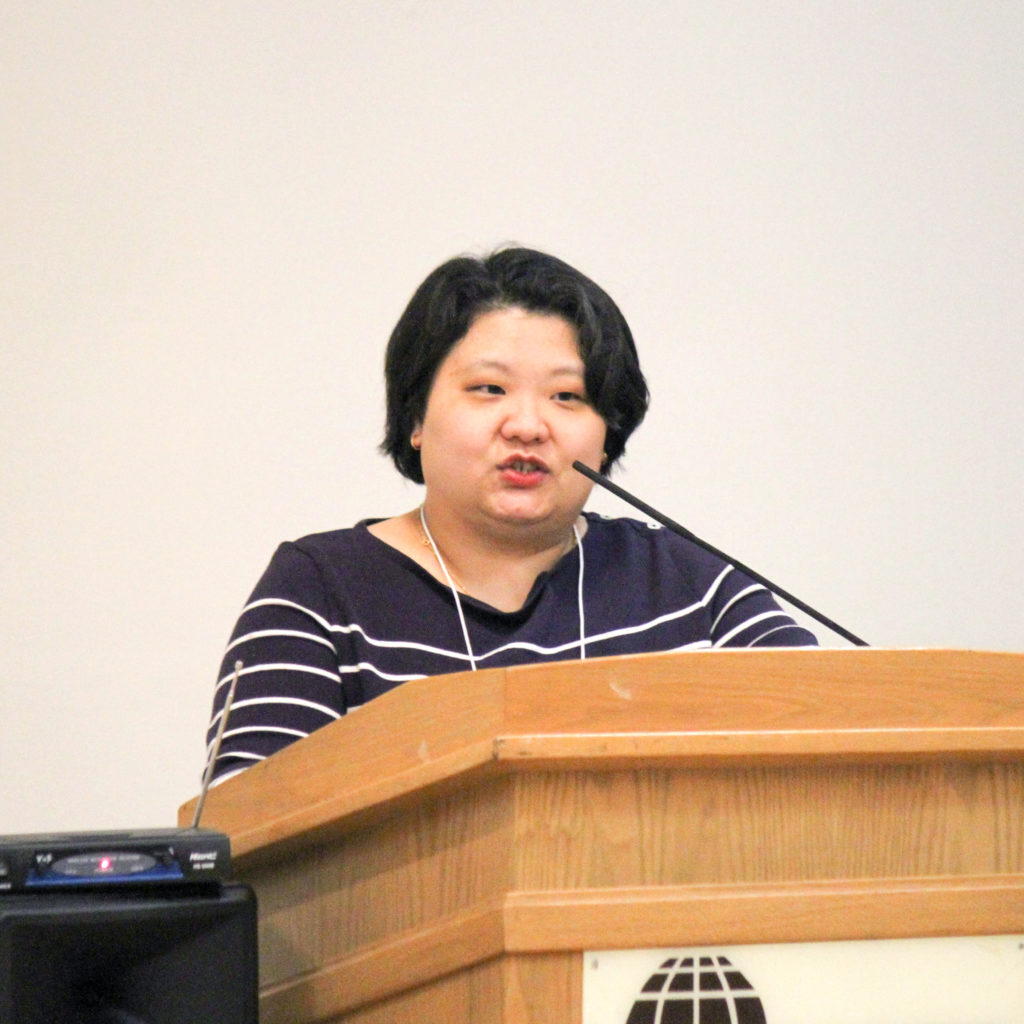 “We were at the forefront on the work around engagement. We learned so many lessons from our Lake Street developments and support and engagement was one. We took chances and funded folks that no other funder would. Bringing folks along with me and having an impact in the communities is why I do this. We trust the people,” Terri said.

Terri cites Nexus’ trust in community and people the reason for Nexus’ transformation.

“I don’t see this work as just me. You need to understand power and sharing power. I always think about legacy in this work because so many people do it for a short time.”

Looking ahead: the next 15 years

As we concluded our conversation, I asked Terri to reflect on things she’s learned over the past 15 years. She laughs before speaking. 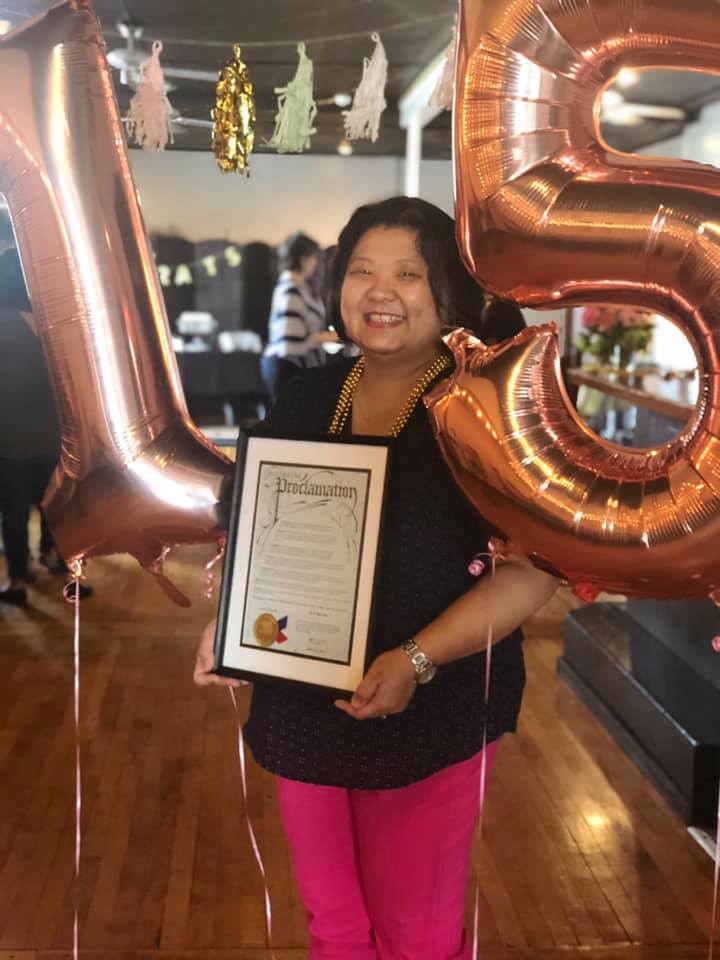 “I’m always learning and everything is a lesson. But I would say to listen more than you speak and do deep listening. Bring folks along with you. There’s cheesy things like do good work, but also inspire. Share your a-ha moments and share it in the context to inspire others.”

When she reflects on the next 15 years, Terri has big plans for herself, her family, and her community.

“I’m optimistic about the future. I want to travel. I’m hoping to still be effective but hope folks are being more real. My kids will be adults and that will be trippy, but worrisome…I don’t know, maybe I’ll write a book. I like to be challenged in my work, so I’m always thinking about the legacy I’m leaving now. I want to meet new people, eat good food, and there will probably be 49 new Marvel movies,” she said laughing.

Terri pauses and is hesitant to say her next goal. “Is it foolish to say liberation? If you asked my ancestors, they would’ve never imagined this. We were these hillbillies in Laos. So it might be crazy to say, but we build the world we want to live in.”