Community Wealth Building Coordinator Nkuli Shongwe recently returned from a cooperative learning trip to Puerto Rico*. Look out for upcoming blogs about her experience on the island and site visits to local cooperatives, including a hydroelectric cooperative and farming co-op.

Adjuntas, Puerto Rico is lush and mountainous, a striking environment for our first site visit.  Casa Pueblo is a local grassroots non-profit, solar-powered community and cultural center established 39 years ago. The story of Casa Pueblo is beautiful and intricate and reveals deep roots in community engagement. Alexis Massol González, one of the Casa Pueblo’s founders, welcomed us and introduced us to the beautiful, intricate, and deeply rooted history of the organization. González’s forumula captures the essence of Casa Pueblo : science + culture + community = social change. 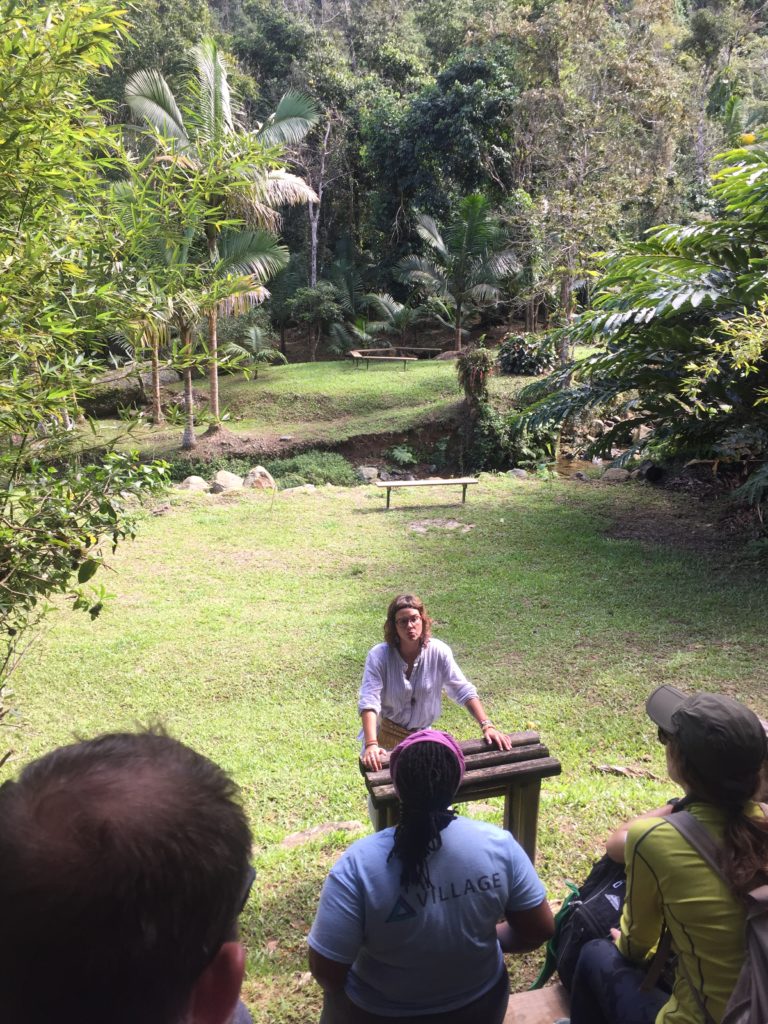 Casa Pueblo emerged 39 years ago in response to ecology crisis and resource extraction. When gold, silver, and copper were discovered in Adjuntas and neighboring towns Utuado, Lares, and Jayuja, the Puerto Rican government welcomed and encouraged open-pit mining in the area. With government support, mining companies from the U.S acquired 36,000 acres of land. The consequences of open-pit mining include permanent water pollution, destruction of the rainforest, and severe health, economic, and social issues.

Deyá and González, along with other community members, worked tirelessly to educate community about the implications of open-pit mining through concerts at schools, universities, and town squares. They organized a large protest at the White House in D.C. (Casa Blanca) that resulted in some arrests, huge media coverage, and raised national awareness. Fifteen years after their coordinated organizing campaign and engagement process, they garnered support from over 10,000 people in Puerto Rico and from the mainland U.S. 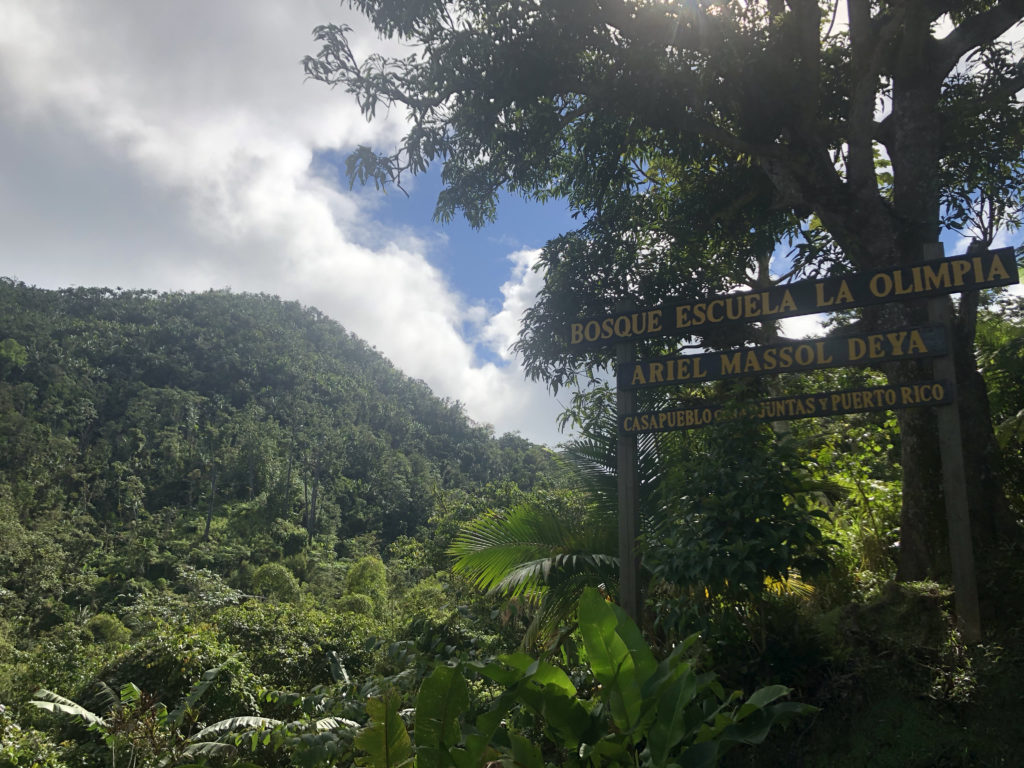 Mobilizing their communities and building people power worked—Casa Pueblo was able to keep the forest space and privatize the whole forest. The forest, called Bosque Escuela la Olimpia (Olympia Forest School), is now run by Casa Pueblo and is home to many educational programs.

In recent years, Casa Pueblo has been focusing on solar energy. After Hurricane Maria in 2017 and after the recent 2020 earthquakes, the organization provided solar energy when electricity was not available otherwise. It served as a community hub where people could come and charge their phones to connect with family, listen to the radio, and get news. In April 2020, Casa Pueblo hopes to expand the network of solar grids to local hospitals, churches, and businesses in order to build energy independence from PREPA, the island’s utility provider. Casa Pueblo is Adjunatas’ resiliency hub. This year, they will be celebrating their 40th anniversary, long history, and bright future on Earth day. 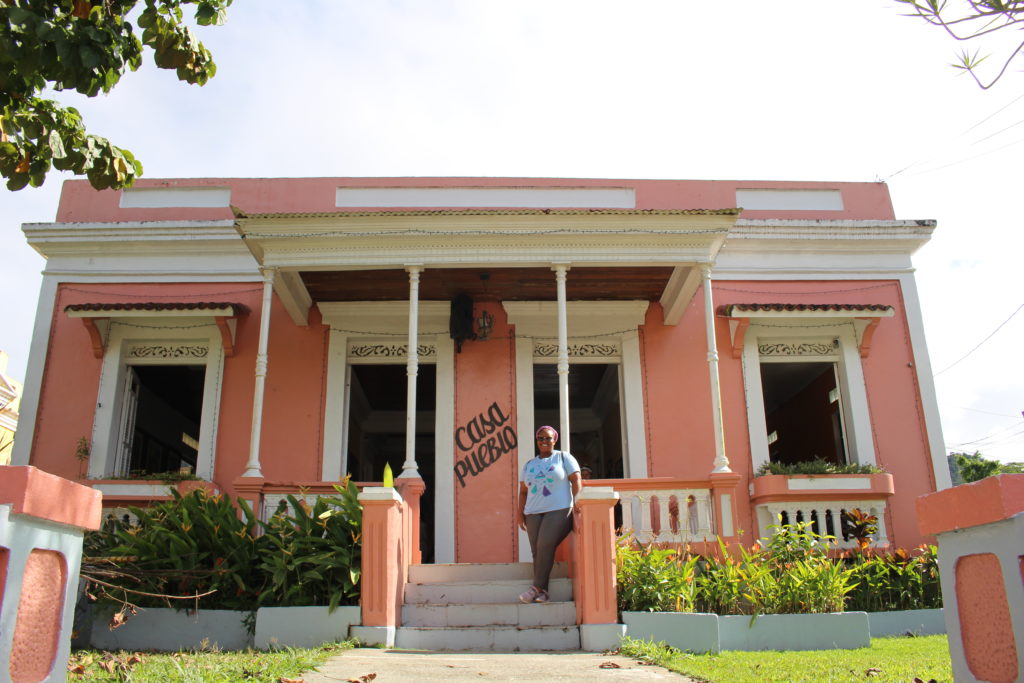 *Nkuli is a first-year Masters of Human Rights student at the University of Minnesota. She participated in this trip through the Global Convergence Lab, an interdisciplinary course at the U of M that brings together students diverse backgrounds to explore the complexity of Global Resiliency issues. The lab is co-coordinated by the School of Architecture, the Humphrey School of Public Affairs, and the Acara Program (at the Institute on the Environment).