In a recent Next City article titled “City Halls Now Hiring for Community Wealth Building,” Reggie Gordon lifted up community wealth building as a strategy that cities across the country are beginning to invest in.

Reggie Gordon is the director of Richmond’s Office of Community Wealth Building, the first of its kind in the nation. As he says, minorities all too often suffer from high unemployment or are pushed into low quality, service-sector jobs that don’t give them the opportunity that they need.

“The first step is to call it out,” says Gordon. “This isn’t fictional. Sixty years ago, there was intentionality around redlining and segregation that led to concentrated poverty. And here we are in 2018 receiving the byproduct of those intentional decisions … It’s up to us to be just as intentional about solving these problems.”

Check out how Community Wealth Building is gaining momentum around the country! 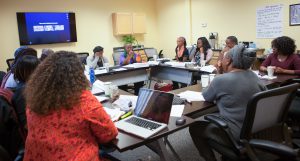 Join us to learn more about their work and how you can be in cooperation with them. A keynote address will be made by Collie Graddick, our local north and south cooperative leader.

Sign up today for the Hmong American Farmers Association CSA!

The Hmong American Farmers Association (HAFA) CSA shares are back at Nexus again this year! Sign up today for your spring and summer shares to pick up Thursdays between 12-4:30pm at Nexus Community Partners.

Welcome to the 2018 HAFA CSA! We offer fresh produce and flower shares throughout the growing season. The HAFA CSA features produce grown by Hmong farmers in the Greater Twin Cities area. When you purchase a HAFA CSA, not only are you committing to eat fresh produce, you are investing in local farmers and your community.

Check out HAFA’s CSA site for more information and to sign up today! 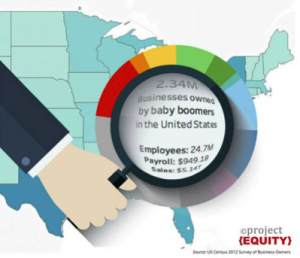 For Nexus Community Partners, business conversions to worker ownership is part of its community wealth building initiative that seeks to promote local and broad-based ownership and encourage economic practices rooted in cultural communities.

This work received a shout out in the Nonprofit Quarterly’s “Nonprofits Shift Baby Boomer Businesses to Worker Ownership in Bid for Community Sustainability.”

“If you’re a boomer business owner planning for succession, you can’t afford to overlook the employee ownership option,” writes Lori Shepherd in Entrepreneur.

At NPQ, we have written about the growing prominence of employee ownership, but mostly from the perspective of the value of preserving businesses and jobs in the community. Still, these community benefits will only be realized if business owners agree to sell to their employees. So, what would drive a business owner to do so?

While the ability to defer capital gains tax is a factor, it turns out there are also powerful market incentives. A wave of retirements (2.4 million, Shepherd estimates) has long been expected in the decade or so to come, and as Shepherd points out, “In a crowded marketplace, transferring full ownership to the workers may represent [retiring owners’] best chance to sell their businesses at fair market value.”

The Story of the Blue Line Coalition: How Philanthropy Can Promote Equity through Community Engagement

“When NFG members Nexus Community Partners and The Jay & Rose Phillips Family Foundation of Minnesota heard that there was a light rail extension planned to connect Minneapolis and Brooklyn Park, they knew there was an opportunity to leverage their resources to support community power in the process.

Many of the neighborhoods that the light rail extension would pass through are home to a population of majority people of color and immigrants who would likely be left out of the conversation if traditional planning processes were followed. As Patrick Troska, Executive Director of the Phillips Family Foundation said, ‘If the community wasn’t engaged in this decision from the very start, then the outcomes the community needed wouldn’t have been accomplished.’

Nexus and Phillips are organizations committed to living out the values of community engagement and working alongside community leaders and organizations. They believe that every community member, especially those who have been historically oppressed or ignored, should have access to opportunities to influence decision-making that affects their lives. Using their resources to fund and support community engagement was critical to ensuring all of the community could benefit from this large public infrastructure investment.” 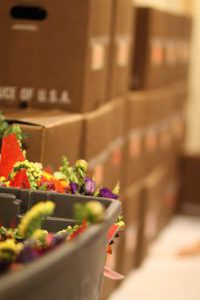 “We are excited to announce that our  2018 CSA signups are open!  We are out of the field, busy planning for the coming season and learning more about soil health and all the new food safety rules.  We will be starting the first CSA crops in early March and have so much to do before then!  In the meantime, your CSA membership will help us buy the seeds and greenhouse supplies, to get these plants growing.  Sign up for your HAFA CSA HERE.“

Learn more about how you can support Hmong farmers in Minnesota – and eat deliciously fresh produce this summer!

Congratulations to Our Partners on Winning the 2017 Bush Prize!

Nexus is proud and excited to share that three of our community partners are receiving the 2017 Bush Prize for Community Innovation! 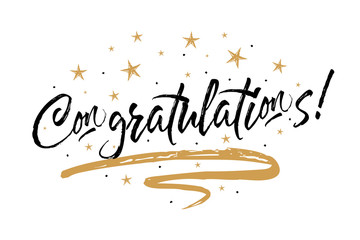 Congratulations to Appetite for Change, the Hmong American Farmers Association and the Latino Economic Development Center for the well-deserved recognition and added capacity for all your amazing work in community!

“Now in its fifth year, the Bush Prize celebrates organizations that are extraordinary not only in what they do but in how they do it. As models of true problem solving, they work inclusively, in partnership with others, to make their communities better for all.

“’The Bush Prize recognizes organizations that are creative, fierce and dogged in the way they work and in what they accomplish,” said Bush President Jennifer Ford Reedy. “As models for problem solving, they consistently pick a path of innovation that drives profound results for their communities.’”

Read the entire announcement and learn about all seven 2017 Bush Prize winners from the Bush Foundation here.

We are at a critical moment in history.

Wealth disparities across the country are at an all-time high, and in Minnesota growing racial and economic inequalities threaten our econom­ic vitality. The Twin Cities has the third highest employment gap between whites and people of color among the large metropolitan areas.1 In 2015, the overall poverty rate in Minnesota was 10.2%, but it was 16.4% for Asians, 20.8% for Latinos, 32.4% for blacks, and 25.1% for American Indians.2 According to a recent Corporation for Enterprise Development (CFED) report, it will take the average African American family 228 years to amass the same level of wealth as the average European American family.3

At the same time the trend in disparities threatens our economic vitality, the unprecedented wave of baby boomer retirements could further entrench the wealth gap. Nationally, approximately 50% of privately held businesses are owned by baby boomers, with 85% of owners having no succes­sion plan.4 One-third of business owners over the age of 50 report having difficulty finding some­one to purchase their business.5 This could result in the loss of millions of jobs, billions in tax reve­nue; leading to significant economic instability.

But the ‘silver tsunami’ doesn’t have to be an eco­nomic disaster. The trend could actually provide opportunities to mitigate wealth disparities and root ownership in communities of color. Across the country, the strategy of converting business­es to worker cooperatives is gaining traction as a means to redefine the traditional notion of ownership and build community wealth. In the worker cooperative business model, employees become the new owners; sharing the profits, ac­cumulating wealth, and participating in decision making through a one worker, one vote structure. Worker cooperatives offer a way to promote local and broad-based ownership, provide dignified employment and eliminate racial and economic disparities.

In 2016, Nexus Community Partners and the Center for Urban and Regional Affairs (CURA) at the University of Minnesota began conducting a landscape analysis to assess the potential impact on our local economy and to identify potential opportunities for conversions to worker coop­eratives. What follows are the results, a case for worker cooperatives and a set of recommenda­tions for how the Twin Cities region can support the growth of the cooperative sector in commu­nities of color.

We are excited to have Nkuli join the Nexus family! She is the new community wealth building coordinator through the AmeriCorps VISTA program that is sponsored by The Jay and Rose Phillips Family Foundation of Minnesota. In this role, she will help with the Community Wealth Building work focused on assisting with the Community Wealth Building AmeriCorps VISTA cohort, the Culturally-based Cooperative Development TA cohort, and the East Side Economic Growth Initiative (ESEGI). Please help us welcome Nkuli! 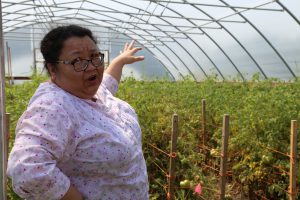 “Art and farming join forces this fall when the Hmong American Farmers Association and a trio of Twin Cities artists add a new staple to the CSA produce box: art.”

Check out how Nexus’ partner, the Hmong American Farmers Association (HAFA), is getting creative this Thanksgiving by adding Hmong arts and culture to their community supported agricultural (CSA) share. Read the full MPR story here.

Listen to HAFA’s executive director and Nexus board member, Pakou Hang, talk about how community wealth building is grounded in cultural practices.